Aegosexuality (previously known as autochorissexuality) is a sexual orientation under the spectrum of asexuality. Like other asexuals, aegosexuals lack the desire to be a participant in sexual activities themselves; however, distinguished by the tendency towards having sexual fantasies at times, despite feeling a disconnect between themselves and a sexual target/object of arousal.

Etymology: aegosexuality - a- (not, without) + ego (self) = aego - without self; therefore literally meaning sexuality without self.

"Autochorissexuality," coined by Dr. Anthony F. Bogaert, was derived from the Greek words auto (self) and choris (separate from), and translates to "sexuality separate from the self." Dr. Bogaert designated autochorissexuality as a form of paraphilia, which prompted the name change due to demeaning and misleading connotations regarding aegosexual individuals.

It is a subset of asexuality defined as: a disconnect between oneself and a sexual target/object of arousal; may involve sexual fantasies or arousal in response to erotica or pornography, but lacks desire to be an actual participant in the sexual activities therein.

Being aegosexual is akin to experiencing arousal regarding the concept or idea of sexual intercourse, without wanting to engage in sexual acts oneself; like a spectator who enjoys sports, though has no desire to participate in the game itself. For some, it can be disheartening—conceptually, sex may be arousing or exciting to an aegosexual; however, engaging in sexual acts is a potential turn off—both mentally and physically—sometimes even leading to feelings of boredom. Often, taking longer for aegosexuals to realize they fall within this category (or within the asexual spectrum at large) due to perceived conflicts between fantasies and physical desire. 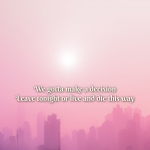