Being a homoromantic asexual has the means of not being sexually attracted to a person in general, but having a romantic connection with someone of the same gender, for the benefit of companionship. It means to have a romantic relationship (everything an ordinary couple would do, except sex), but not a sexual relationship. Similar to Asexuality, although with intentions along the lines of romantic to a person of the same gender. 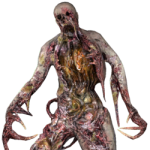