Polysexuality is the attraction to many sexes, genders, and/or gender expressions, but not all. It should not be confused with polyamory: the desire for or practice of having multiple intimate partners with the consent of all individuals involved.

The romantic equivalent is polyromantic.

Distinction Between Other Labels

Polysexuality is often compared to other mspec labels, most notably Bisexuality.

The distinction between these two labels is often ignored, but is very much present. For example, Bisexuality is a fluid identity, and can encompass attraction from two genders to all genders. Polysexuality would typically fall in between, encompassing attraction to 3+ genders, but not all of them. Preferences do not affect either labels' attraction. In contrast, Pansexuality and Bisexuality are both capable or do hold attraction to all genders, with the former having no preference to gender and the latter allowing preferences and lack thereof.

The prefix poly-, meaning ‘many or more than one’, comes from the Greek polus, meaning ‘much or many’.

The following days of the year officially recognize Polysexual and Polyromantic folks. 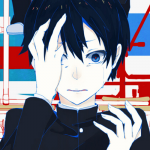