The pink and blue stripes on either side of the flag represent the two binary genders (male and female). Their position on the flag represents that they are at two opposite ends of the gender spectrum. The white stripe that is in the middle represents genders outside the binary. It is in the center because non-binary identities are often but not always in between male and female. It is also in the center to show that non-binary identities are neither male nor female. The purple stripe represents deep love and the green/turquoise stripe represents sex and sexuality.

This flag consists of 11 bands of color and is representative of the more expansive and diverse nature of this sexuality.

The white band represents attraction to all sexualities for those spectrasexual individuals who experience their sexuality in this way.

The red represents courage as many spectrasexual people have to constantly defend their sexuality from misconceptions by more established sexualities (see below).

The orange is for creativity as spectrasexual people learn to navigate their sexuality without the guidebook offered to their bi, pan, and polysexual siblings.

The yellow represents happiness because spectrasexual people should have a reminder that they are capable of finding happiness just as much as any other sexuality.

The gray is for attraction to a mix of genders. It is representative of nonbinary people but not necessarily just nonbinary people as the spectrum of genders is as complicated as sexuality if not more. The gray is also a reminder of the spectrum-nature of this sexuality as the hexcode is #dbdbda but because it is surrounded by other colors, it changes the appearance of the color, so too do spectrasexual peoples' individuality shape the way their sexuality will manifest.

The green is for respect to remind spectrasexual people to respect themselves and their identity as valid and to ask allies to do the same.

The blue is for power to remind spectrasexual people of their unique identity and to celebrate that.

The indigo is for compassion to instill in spectrasexual people a caring for each other and a desire to form connections with other sexualities.

The violet is for attraction to masc-aligned genders.

And the black is for attraction to people not aligned with a gender (agender people and those who fall outside the spectrum between masculine and feminine.

Because it is fairly similar to other sexualities, there are quite a few misconceptions that others could have about it.

The earliest known usage of the word online, is on 16th August 2006 on a spanish powerpoint.

Here are some of the other definitions acknowledged by some spectrasexuals. 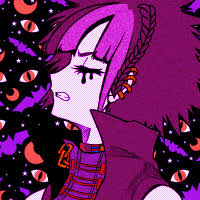